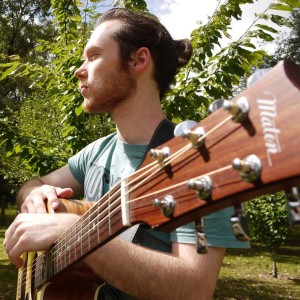 As a multi-instrumentalist, Lewis has played every instrument on his recordings, and he’s definitely made great use of Smokestack’s equipment list. He’s been playing and singing since he was a kid, and his story-telling style of music has been really nice to work on.

For this recording, I used the SM7B pro microphone which gives Lewis’ vocals that really crisp, clean sound. He also bought a new Maton guitar early in the piece, as his older guitar wasn’t doing the recordings justice. The drums were a cool part of this track, Lewis played them using bamboo hotrod drum sticks.

This track is a pre-master mp3 version, not a final mastered track.

Lewis is continuing to record his EP and I’ll have more tracks soon.